The air traffic control specialists at FAA air route traffic control centers give pilots instructions, air traffic clearances, and advice regarding flight conditions along the flight path, while the pilot is flying the federal airways or operating into airports without towers.

The controllers also receive control of flights entering his or her area of responsibility from adjacent centers. She or he monitors the time of each aircraft's arrival over navigation fixes and maintains records of flights under his or her control.

A major source of aviation careers lies in jobs with federal, state and local government agencies.

Civil aviation careers in the Federal Government for men and women are found within the Department of Transportation, Federal Aviation Administration; the Civil Aeronautics Board; and a growing number of other Federal departments and agencies. All of these aviation jobs come under the Federal Civil Service, and wage scales are determined by Congress, which, from time to time, adjusts the pay levels to bring them in line with comparable jobs in private business and industry. Salaries for Federal Civil Service employees are established into two chief categories: General Schedule (for those employees who perform administrative, managerial, technical, clerical and professional jobs and who are paid on an annual basis) and the Federal Wage System (for those employees who perform jobs associated with the trades and crafts and who are paid wages on an hourly basis).

Most Federal Civil Service employees in the aviation field are covered by the General Schedule and their salaries vary according to their grade level (GS-1 through GS-18). Within each of the grades provided in the General Schedule, provision is made for periodic pay increases based on an acceptable level of performance. With an acceptable level of competence, the waiting period of advancement to steps two, three and four is one year, steps five, six and seven is two years, steps eight, nine and ten is three years.

Most federal employees under Civil Service participate in a liberal retirement plan. Employees earn from 13 to 26 days of paid annual vacation, depending upon the length of service, and 13 days of paid sick leave each year. Health insurance, low-cost group life insurance, credit union service, and compensation and medical care for injury on the job are other benefits offered.

The largest number of aviation jobs found within the Federal Government (outside the Department of Defense) is with the Federal Aviation Administration (FAA) of the Department of Transportation. The FAA, with a total of approximately 47,000 employees, is charged with the administration and enforcement of all federal air regulations to insure the safety of air transportation. The FAA also promotes, guides and assists the development of a national system of civil airports. The FAA provides pilots with flight information and air traffic control services from flight planning to landing.

Terminal area controllers separate landing and departing aircraft. They transfer control of aircraft on instrument flights to the ARTCC controller when the aircraft leaves their airspace, and they receive control of aircraft on instrument flights coming into their airspace from controllers at adjacent facilities. They must be able to quickly recall registration numbers of aircraft under their control, the aircraft types and speeds, positions in the air, and also the location of navigational aids or landmarks in the area.

The ARTCC controllers give aircraft instructions, air traffic clearances, and advice regarding flight conditions during the enroute portion of flights. They provide separation between aircraft flying along the Federal airways or operating into or out of airports not served by a terminal facility.

Shift work is necessary. They work in semidarkness, and unlike the tower controllers, never see the aircraft they control except as "targets" on the radarscope. In most areas, work is demanding. Registration numbers on all aircraft under control as well as types, speeds, and altitudes are automatically displayed on the radarscope, but each aircraft must be closely controlled to avoid other aircraft.

General Experience: Progressively responsible experience in administrative, technical or other work which demonstrates potential for learning and performing air traffic control work. A four year college degree can be substituted for the general experience requirement.

Specialized Experience: Experience in a military or civilian air traffic facility which demonstrated possession of the knowledge's, skills and abilities required to perform the level of work of the specialization for which application is made. Persons with a four year college degree and a test score of 75.1 or higher on the Air Traffic Controller Aptitude Test will be admitted to controller training at the FAA Academy at Oklahoma City, OK.

Certificate and Rating Requirements: Air traffic control specialists in all specialization's are required to possess or obtain a valid Air Traffic Control Specialist Certificate and/or Control Tower Operator Certificate, if appropriate. These certificates require demonstrating knowledge of basic meteorology, basic air navigation, standard air traffic control and communications procedures, the types and uses of aid to air navigation, and regulations governing air traffic. In addition, each air traffic control specialist must possess or obtain a rating for the facility to which assigned. This facility rating requires demonstration of a knowledge of the kind and location of radio aids to air navigation, the terrain, the landmarks, the communications systems and circuits, and the procedures peculiar to the area covered by the facility. All required certificates and ratings must be obtained, if not already held, within uniformly applicable time limits established by agency management.

Written Test and Interview: Applicants must also pass a comprehensive written test and complete a personal interview during which alertness, decisiveness, diction, poise and conciseness of speech are evaluated. Both men and women are employed as air traffic controllers. Few occupations make more rigid physical and mental demands upon employees than that of air traffic controllers. Because studies show that the unique skills necessary for success as a controller diminish with age, a maximum age of 30 has been established, without exception, for entry into an FAA tower or center controller position.

Married and unmarried men and women, with or without children are eligible. Persons who are widowed or divorced, also are eligible.

It is the policy of most aviation companies to provide equal employment opportunity to all individuals regardless of their race, creed, color, religion, sex, age, national origin, disability, military and veteran status, sexual orientation, marital status, or any other characteristic protected by state or federal law. Most aviation companies are strongly committed to this policy, and believe in the concept and spirit of the United States law.

Most aviation companies are committed to assuring that:

All recruiting, hiring, training, promotion, compensation, and other employment related programs are provided fairly to all persons on an equal opportunity basis without regard to race, creed, color, religion, sex, age, national origin, disability, military and veteran status, sexual orientation, marital status or any other characteristic protected by law;

Employment decisions are based on the principles of equal opportunity and affirmative action;

All personnel actions such as compensation, benefits, transfers, training, and participation in social and recreational programs are administered without regard to race, creed, color, sex, age, national origin, disability, military and veteran status, sexual orientation, marital status or any other characteristic protected by law, and;

Employees and applicants will not be subjected to harassment, intimidation, threats, coercion or discrimination because they have exercised any right protected by law.

The Office of Special Counsel (OSC) and the Merit Systems Protection Board (MSPB) enforce the prohibitions against federal employment discrimination codified in the CSRA. The OSC will defer those bases of discrimination under EEOC's jurisdiction to the respective federal agency and its EEO process. The CSRA also prohibits employment discrimination in the federal government based on marital status, political affiliation and conduct which does not adversely affect the performance of the employee, none of which are within EEOC's jurisdiction. Moreover, the law defines ten other prohibited personnel practices in the federal government, all of which fall under the jurisdiction of the OSC and the MSPB. See Prohibited Personnel Practices at http://www.osc.gov/ppp.htm.

Additional information may also be found on the the EEOC web site located at http://www.eeoc.gov/

The starting grade is normally GS-7. Trainees are paid while learning their jobs. The highest grade for an operating professional air traffic control specialist at a center is GS-14. Salaries and benefits can vary. For an updated look at salaries in the aviation industry, view the Avjobs.com Salary Report.

Where the jobs are and who hires

FAA employs about 6,800 controllers at 22 air route traffic control centers located throughout the USA plus one each in Guam, and Puerto Rico.

Whether your changing jobs or changing careers, you have come to the right place. At Avjobs.com, We help People Get Jobs! Avjobs.com is the number one resource for job seekers who are looking for a career in the aviation and aerospace industry. Along with our fresh list of current industry openings, we provide the tools and resources to perform a successful job search and give you an advantage over your competition. In today's job market, that's more important than ever.

Avjobs.com does the legwork for you!

Know who is hiring and where

Easily create a resume with our Resume Builder

Market yourself to 6500+ employers

Become the featured Resume of the Week

Promotion to higher grades and to professional controller depends upon the employee's performance and satisfactory achievement in his or her training program. Increases in grade (with accompanying increases in salary) for successful trainees are fairly rapid, but grades above GS-14 are for positions of team supervisor, assistant chief, staff officer and chief. During the first year, the trainee is on probation and then he or she may advance from positions backing up professional controllers to primary positions of responsibility. It takes a controller from three to about six years of experience to reach the professional level. Appointment or movement to a position as air traffic control data systems computer specialist is possible. Professional Controllers are also selected for research activities with FAA's National Aviation Facilities Experimental Center at Atlantic City, New Jersey. Some are also selected to serve as instructors at the FAA Academy in Oklahoma City, Oklahoma.

Outlook for the Future

In line with predictions for continued growth of all sections of aviation, the need for air traffic controllers will remain constant. As airports generate greater volumes of air traffic and as emphasis on providing the maximum amount of safety grows, there will be a continuing requirement for controllers at air route traffic control centers however, automation has offset the increase in workload, and thus eliminating the need for increases in the number of controllers.

Trainees receive 12 weeks of instruction at the FAA Academy in Oklahoma City, Oklahoma. After completion of the training period they are assigned to developmental positions for on-the-job training under close supervision until successful completion of training. However, those who fail to complete training are separated or reassigned from their controller positions. The FAA conducts upgrading training programs for controllers continuously. Training in air traffic control continues long after the controller reaches the full performance level. 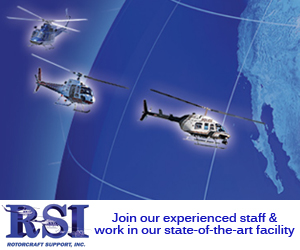